This spring, men’s tennis will return to the courts at Warren Wilson College after a 38-year absence. A women’s team will also start up for the first time.

Both sides are under the direction of Jim Greene, who during the summer months is the director for tennis at Lake Lure’s Rumbling Bald Resort. Green’s career spans six decades, and in addition to being a club professional previously coached at Newberry College and Spartanburg Methodist as well as in the high school ranks. He is a graduate of the University of Hawaii and was hired by Warren Wilson in early 2018. 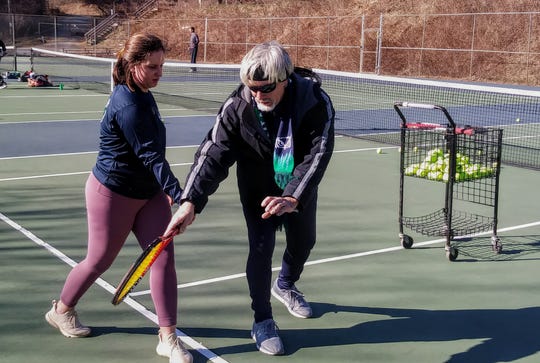 The Black Mountain News recently spoke with Greene about a career that began in the summer heat on the public hardcourts of Greer, South Carolina, and enters its latest chapter this spring on the Warren Wilson campus. The interview was edited for length and clarity.

BMN: Talk about your own career going back to Greer.

Greene: My background in tennis goes back to the early age of 8.5-9 when I received my first lessons. I played all types of sports, but I always came back to tennis. It was a lifelong passion and it was something I was very fond of and I could always perform pretty well. We usually want to do things that we enjoy doing and are pretty good at.

I was very fortunate to grow up in a town where there was an active recreation department so we could play a different sport every season. I was introduced to football, basketball, baseball, and of course tennis during those summers.

That was a constant – hanging around the tennis court and playing and being part of that. My mom was an art teacher in the recreation department, so she spent a lot of time there at summer camps and consequentially I was on the courts.

BMN: You made a few stops en route to tennis as a full-time career.

Greene: I spent four years in the navy, and prior to that I was at North Greenville College (now University). In my experience in the navy I was often called out to the court to play admirals and other players. I spent a lot of time on the courts in Hawaii when I was there and eventually walked onto the [University of Hawaii] team.

I later worked for my father in the wholesale business until a bigger fish swallowed it up. I got out of that and did something I was very about passionate about and I’ve been pursuing that for the past 28 years now.

BMN: What are some of the challenges and opportunities of starting something entirely new? How did you find out about it?

Greene: As a startup, it is a hit-the-ground running uphill climb from the beginning. I’m very proud that Warren Wilson is giving me this opportunity to steward a new women’s program as well as the revival of the men’s program.

I honestly believe that it was providence. Because when I saw the job it was very much like “Here’s this job, you’ve been looking for it for the past five or six years. Now go get it.’

I moved on it within the week, and then 2-3 months later I was hired. I was very thankful to meet the need and to have support from the president, and the new athletic director.

The culture at Warren Wilson has certainly changed just in the short amount of time that I’ve been there. They’re trying to unify the entire campus. They have a tremendous arts program, music program, theater, etc... They’re trying to integrate athletics into that overall picture of the school.

When I got the job, it was the latter part of the (academic) year. Signing day had long since passed. Many students had certainly decided by April. So that was tough in that sense. I did pick up a couple of players in a short amount of time. From there I went on the recruiting trail to get to as many tournaments in the Southeast as a possible, and also tried to find local players and begin setting up pipelines. I also was trying to organize pipelines from other countries to find some international players. That takes some time. 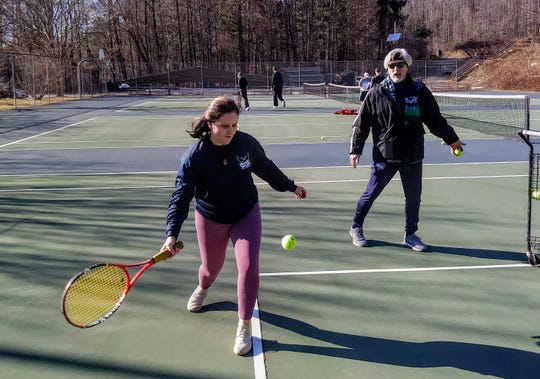 BMN: How did you build out your current roster?

Greene: When I came on board, I offered walk-on tryouts. I had great, great results. If you look at the roster, there are a lot of local kids. Some of them with talent that had played high school tennis. They’re also some that are just very optimistic and enthusiastic about being part of a college team.

Their enthusiasm is really up. I have 12 women and nine men. They all came out with great enthusiasm and worked hard in practice. I’m kind of meeting them where they’re at. They’re going to hit the ground running this next week we’ve got morning practices starting at 6:00 a.m. at the Creekside Racquet Club (formerly the Cheshire Club) in Black Mountain.

I’ve got a good group of kids, all very conscientious and good academically.

I’ve gone to a lot of places, and done a lot of jobs, but I’m so thankful to be at a place where you’re so valued and appreciated and you can do what you came to do. You can integrate with the students in a way to really affect their lives. The people there, at Warren Wilson, are above and beyond.

Both Owls’ teams will open their season against Lees-McRae in Banner Elk on Feb. 9. For details on the teams, see warrenwilsonowls.com