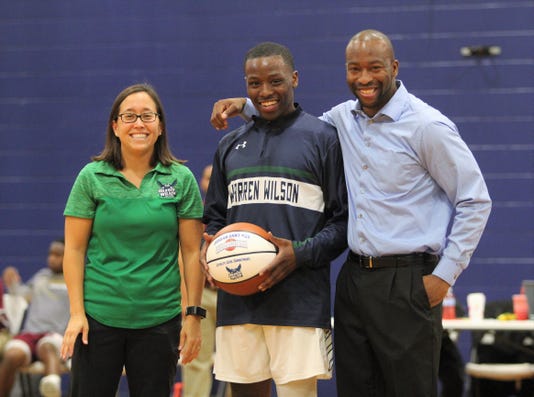 There are times, like when they were down by double-digits in the first half against Apprentice School on Nov. 25, that the youth on the roster of the men’s basketball team of Warren Wilson College is impossible to ignore.

However, as the Owls stormed back in the final minutes before halftime to cut the Builders’ lead to 1 at the buzzer in front of screaming fans in the Devries Athletic Center, the talent on the team is equally hard to miss.

Reconciling those two characteristics will be a "brand new" experience for the fourth-year head coach Anthony Barringer.

The program at Warren Wilson has experienced somewhat of a renaissance under Barringer, who has guided the Owls to a USCAA Division II semifinals in two of his three seasons on the sidelines. This year, his coaching chops will be tested.

"We've got 10 new guys, which includes six freshmen," he said. "We're playing four of those freshmen on a nightly basis and we've got quite a few guys playing who don't have a ton of college experience."

That inexperience hurt the Owls against the Builders, who handed Warren Wilson its 7th loss of the season, 109-107, in overtime.

"It's frustrating only when you allow it to get frustrating," Barringer said. "Once I realized that we're going to have to coach these guys up more than we've ever had to coach, I realized we just have to teach them. That's the fun part." 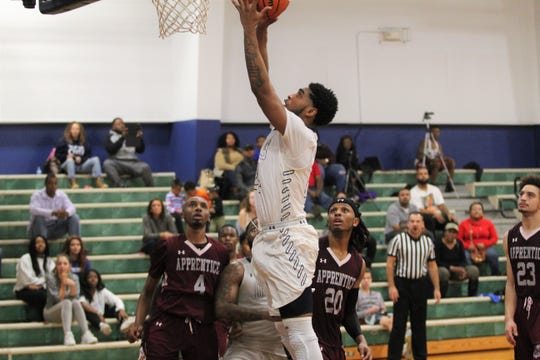 Junior Jacquann Lockhart takes the ball to the rim for Warren Wilson in a 109-107 overtime loss to Apprentice School on Nov. 25. (Photo: Fred McCormick)

This season the team is watching "a lot of film" with Barringer and assistant coaches Matt Kantor and Kenrick Nesbitt.

"They have to see themselves on film," the head coach said. "In the past we've been able to tell guys: 'You already know what we expect and this is what you're not doing.' With these guys we've told them and shown them, but when they're still not getting it we show them on film to help them understand."

The Owls lost five players to graduation this summer, while three transferred or withdrew from the Swannanoa school. Entering the season, only three players on the roster had played a game for Warren Wilson. Fortunately, one of them is Jordan Gant, who scored his 1,000th career point in a loss at Mars Hill on Nov. 20. The school recognized his accomplishment before the Nov. 25 home game against Apprentice School.

"He might be the best scorer we've had," Barringer said of Gant. "He's able to put the ball in the hoop effortlessly."

The junior averaged over 23 points through 10 games, including a 39-point outing in a 135-127 loss to Pfeiffer and a 31-point effort against Apprentice.

"His role is simply to score as efficiently and often as possible," Barringer said. "He's called upon to do a lot for us." 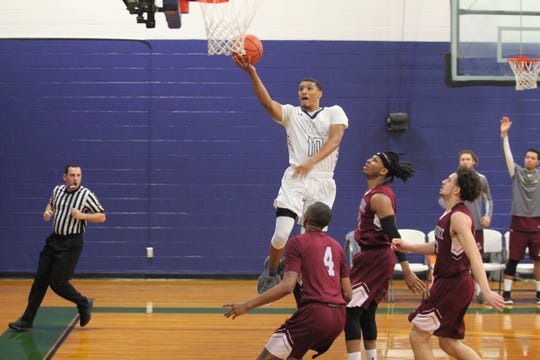 "Point guard is his natural position, but last year we had two really good point guards and it was easier for him to come in and play off the ball," said Barringer, who played the same position on the Owls 2012 national championship team. "This year that position for us is a big question mark, but Justin's doing really well. I'm having to coach him and my other two point guards up more than I have in the past, because I've never had three new point guards."

Lockhart, a Reynolds High School graduate, is rejoining the team after withdrawing from the school before the 2017-18 academic year.

"When he left I made him promise me that he'd finish college somewhere," Barringer said. "We stayed in touch and I told him this summer that he should come back, earn a degree and enjoy playing a couple more years of college basketball."

"I'm so happy to have him back and see his face around everyday," Barringer said. "He's really just a guy I enjoy being around." 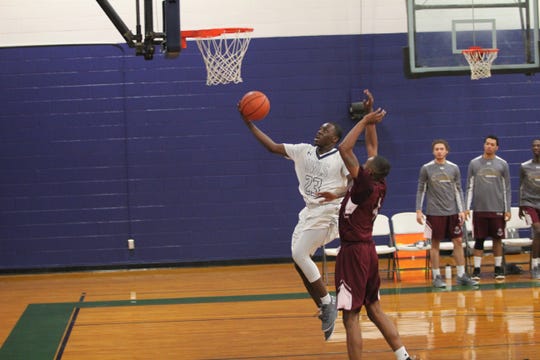 Jordan Gant beats a defender for an easy layup in a 109-107 overtime loss for Warren Wilson against Apprentice School on Nov. 25. Gant led the Owls with 31 points in the game. (Photo: Fred McCormick)

While the three returning players help provide leadership for the young squad, sophomore Brent Davis joins Gant and Storr as a captain for the Owls.

"Brent redshirted at Queens (University of Charlotte) as a freshman, and in my opinion the program there is one of the premiere NCAA Division II programs," Barringer said.

Davis instantly became one the Owls' best on-ball defenders, according to the coach.

"All summer all I'd wanted was a six-four wing player," Barringer said. "Someone like Brent creates such a mismatch because most wing players in our league aren't six-four."

Davis was averaging over 13 points and 6.5 rebounds per game through his first 10 games for Warren Wilson.

"Andrew was our top recruit in this class," Barringer said. "He's about six-seven, he can put it on the floor and shoot the three. He's more a finesse big."

McDonald, according to Barringer, is the type of player who "does everything I ask him."

"He's like a premiere role player," the coach said. "He literally does everything right."

While this year's roster is less experienced than others in recent years, Barringer believes it's upgraded in some ways.

"We have a lot of guys on this team that can play," he said. "We haven't even scratched the surface on what these guys can do."

As the team continues to gel on the floor throughout the season, the coach believes the Owls could be a "scary" opponent this winter.

"I believe we're capable of cutting down the nets this year," Barringer said. "As the season goes on these guys will be in the position where they have to trust each other and we'll start winning those games. Once we get to January we're going to be hard to beat."