Hugs, kisses and the Valentine 5K

Some 120 runners are expected Feb. 10 for the Valentine 5K and Kids Fun Run around Lake Tomahawk.

Hugs, kisses and the Valentine 5K 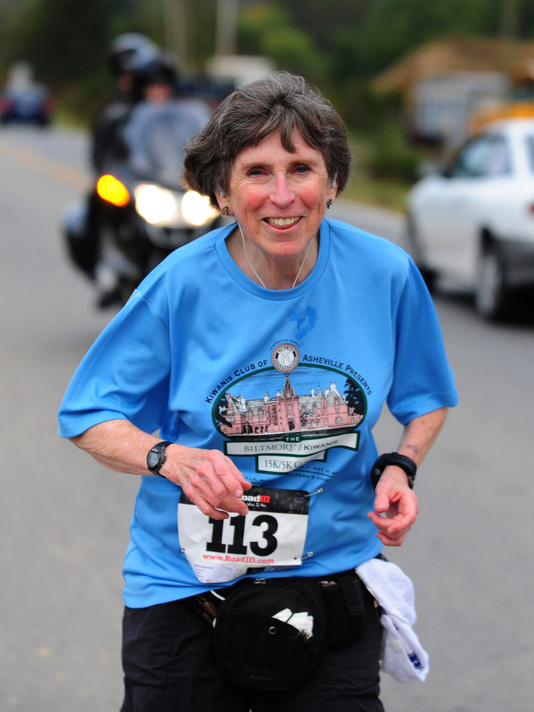 Longtime runner Martha Marshall, who has run in all but one Valentine 5K, says the event is a super sweet affair.(Photo: Courtesy of Martha Marshall)

Martha Marshall runs a lot. The retired UNC Asheville professor often runs 30 or more races a year. Her list of races varies from one year to another, but the Valentine 5K in Black Mountain is always on it.

On Saturday, Feb. 10, she’ll be one of 120-plus people taking their marks before the race around Lake Tomahawk begins for the 19th straight year. Marshall has run in all but one of them.

For Marshall, the Valentine 5K and Kids Fun Run show some of the best Black Mountain has to offer.

“One of the reasons this race has always been so fun to me is because it has this family-friendly environment,” Marshall said. “They’ve always had a kids run associated with it, and everybody enjoys themselves.”

When the race was first held in 2000, at Recreation Park (now known as Veterans Park), Marshall was among the runners. She was happy to find a race to run in the winter.

“Twenty years ago there weren’t many races in this part of the state during January and February,” said Don McMahill, a longtime fixture in the local running community. “I began asking around.”

The president of the Asheville Track Club at the time told McMahill that if an event was offered, runners would show up. He approached the Black Mountain Recreation and Parks Department with the idea for a February race.

The early versions of the Valentine 5K were far different from the recent ones, according to Marshall. But what keeps her coming back - the race's charm - has always been part of the event.

"I remember one of the first years they had a half-mile race for the young children, and there was a preschooler there," Marshall said. "He was around 4 years old, and he had had heart surgery. He ran that half-mile and got his little ribbon as he crossed the finish line. It was so inspiring."

Another memory that stands out to Marshall is the year it snowed through the entire race.

"It was snowing, the wind was blowing, and it was super-cold," she said. "I did the race though, and that year they added this new little jaunt down a trail. It was nothing but mud when I got there after all the fast runners had gone through the snow."

In the early years of the race, the course took runners across what was at the time a new footbridge over the Swannanoa River. It also utilized the relatively new Oaks Trail Greenway and a portion of the Montreat College Black Mountain campus.

But with no shelter at the park, the event was moved to Lake Tomahawk after several years, McMahill said.

"Due to the uncertainty of the weather in early February and the completion of the Flat Creek Greenway, we moved to the current location at Lake Tomahawk," he said. "(That) provided both a centralized location and warm, indoor facilities for registration and award ceremonies."

The 5K has continued to find ways to set itself apart from other races, adding an option for runners to compete as a team in one of numerous categories. The race also encourages runners to dress in the Valentine's Day spirit.

The Valentine 5K is hosted by the town of Black Mountain, presented by Black Mountain-based State Farm Insurance agent Jerry Morris and organized by Brittany Williams, recreation program supervisor in the town's recreation and parks department. The event is also sponsored by a handful of local businesses.

"They do a great job of making the event itself about more than just the race," Marshall said. "The team run and the costumes make it really unique. I know people who do this race every year just because they get to run it with someone."