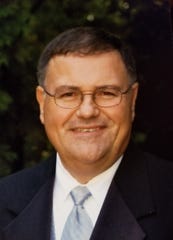 He was predeceased by his parents, Frank and Mae Fritz, his brother Joe Fritz, and his sister Christine Brunner.

He is survived by his dear brother, Frank, his wife Betsy, his children, Heidi Brooks (Theodore), Jack (Josie), and John (Whitney), and his beloved grandchildren Addis, Evan, and Hayla Brooks, Mallory, Jack and Baby Fritz, and Jonah Fritz.

Mike was the first in his family line to graduate high school, and subsequently put himself through both undergraduate (Carroll University) and law school (John Marshall Law School).  In his early years, he served as a prosecutor and a city attorney before rising to the level of associate circuit court judge in Lake County, Illinois.

As this position was one he aspired to, he proudly served on the bench for over 20 years.  During this time, Mike remained a committed family man and active member of the community, through Little League, Boy Scouts, and High School Boosters.

Mike’s passions included woodworking – especially designing and producing projects for his family and friends, fishing, and watching his beloved Cubbies and the Green Bay Packers, of which he is a proud shareholder.  Mike was a man of few words, but those who were blessed to spend time in conversation with him learned that he was full of wisdom, humor, and insight.

Upon retiring, Mike was able to achieve his second aspiration – relocating to a log home nestled in the mountains in the middle of nowhere.  In this home, he built an expansive woodworking shop, where he devoted time to projects that benefited his new community as well as his children and grandchildren. His street signs, picnic benches, Adirondack chairs, and log benches dot the walking trails around Gateway Mountain.  While Mike will be sorely missed, his fingerprints and memory live on.

Mike was a member of St. James Episcopal Church in Black Mountain and regularly volunteered to work on the Episcopal houses for Habitat for Humanity.

A memorial service was held at St. James Episcopal Church in Black Mountain on Nov. 2.  In lieu of flowers, the family requests memorial contributions be made to Habitat for Humanity Asheville.

Beam Funeral Service & Crematory is assisting the Fritz family. For further information, or to sign the online guestbook, visit beamfuneralservice.com, or call 828-559-8111. 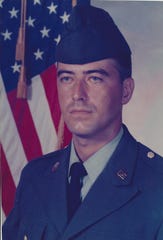 Daniel A. Webb, age 60, of Swannanoa, NC, formerly of Boonville, IN went to meet his Lord and Savior Jesus Christ on Saturday, October 28, 2019.

Daniel was a local business owner and a resident of Swannanoa for the past 30 years.  He served honorably in the US Army.

Daniel is preceded in death by his parents, Floyd and Betty Walker Webb and brother, Jack Timothy Webb.

Services were held Oct. 31 in the chapel of the Western Carolina State Veterans Cemetery.

Ruth Burleson Harris, age 87, of Black Mountain, passed away on Friday, Oct. 25, at Rosehill Retirement Center in Marion. The daughter of the late Robert and Bonnie Young Burleson, she was born in Avery County on Aug. 13, 1932.

In addition to her parents, she was preceded in death by her husband, Walter Roland Harris (2007); one brother, Buster Burleson; and one sister, Alma Hughes.

A member of First Baptist Church of Black Mountain, Ruth, an avid cook and baker, she was known for her red cake and chocolate pie. Having loved her family, she was a devoted wife and mother. Not only did Ruth love her family, but she truly loved the Lord.

She is survived by two sons, Bryan Harris (Harriett Thomas) of Marion and David Harris (Kim) of Leeds, Alabama; six grandchildren, Lauren, Brittany, Alexis, Seth, Nicholas and Jake; and two great grandchildren, Bentley and Lola. Ruth is also survived by a special nephew, Robert Hughes along with several other nieces and nephews.

A funeral service was held on Wednesday, Oct. 30, at First Baptist Church of Black Mountain. A graveside service, at the Western Carolina Veterans Cemetery where she was laid to rest next to her late husband, Walter, followed.

Flowers are acceptable and appreciated. Those wishing to make a memorial donation in Ruth’s memory are asked to consider, Hospice of the Carolina Foothills, P.O. Box 336, Forest City, North Carolina 28043 or by visiting hocf.org.

Beam Funeral Service & Crematory is assisting the Harris family. For further information, or to sign the online guestbook, visit beamfuneralservice.com ,or call 828-559-8111. 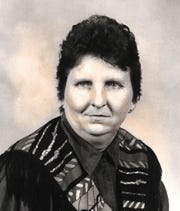 Sara Jane Loftin, age 64, of Fairview, passed away on Thursday, Oct. 10, at her home. She was born on Feb. 7, 1955 in Henderson County, to the late Avery Patterson and Lucy Miller Patterson.

Sara was a homemaker for her family and was of the Baptist Faith.

Along with her parents, she was also predeceased by her husband, Donald Ray Loftin who passed away on Jan. 5, 2018; and a daughter, Kimberly Diane Owensby. Sarah is survived by her daughters, Christie Wright (Paul) of Fairview, and Mary Notte of Rutland, Vermont; her five grandchildren; her five great grandchildren; her 10 brothers; and her four sisters.

A funeral service was held at Chestnut Hill Baptist Church, Oct. 14. The Rev. Ronnie Harris and the Rev. Norris Wright officiated. Burial followed the service at the church cemetery.

In lieu of flowers, memorials may be made to CarePartners Hospice at 68 Sweeten Creek Road, Asheville, NC 28803.

Penland Family Funeral Home is honored to be caring for the Loftin Family. Condolences may be made to the family at penlandfamilyfuneralhome.com.

A native of Morganton, West Virginia, she was the daughter of the late George Herschel and Madalin Cathryn Lemley White. She was also preceded in death by her brother David and Sisters Jean and Donna.

She is survived by her loving sons, Mark, Michael, and Jon; sister, Jane; grandchildren, Lauren, Alex and Isla and daughter-in-law, Joy.

She loved, poetry, art, music, piano, art history, nature, dogs, mountain life, Scottish history, volunteering, recipes, motherhood and laughter. Please send any donations in memory of Patricia Whyte to fullmoonfarm.org and pasturepalser.com for her love of the truly innocent has no end.

Condolences can be made to the family at www.ashevilleareaalternative.com