Mrs. Greene was born Feb. 24, 1924 in Inman, SC to the late John Rogers and Cora Cordell Rogers. She was an avid quilter and bowler. Mary was a member of Swannanoa Free Will Baptist Church, past member of Black Mountain Women’s Club, member of Woodmen of The World, member of the Lions Club, and volunteer at Swannanoa Valley Museum and History Center.

In addition to her parents, she is preceded in death by her husband, Jarvis Greene; son, Larry Robert Greene; sister, Hestel Robertson; brother, John Rogers; and grandson, Scott Lee.

A graveside service was held at Bumgarner Cemetery in Whittier on Aug. 8.

The family received friends at Swannanoa Free Will Baptist Church on Aug. 10. A Celebration of Life Service follwed.

Harwood Home for Funerals is assisting the family.   www.harwoodhomeforfunerals.com

Mr. Rogers was born May 14, 1937 in Buncombe County to the late John H. and Geneva Higgins Rogers.

He was co-founder of Transylvania City Art League and a member of Tabernacle United Methodist Church.  Henry was an avid painter, enjoyed gardening and hiking.  He was employed with A & P for 19 years, Ingles for over 15 years and retired from Bi-Lo as a meat cutter.  He was a loving husband, father, grandfather and brother and will be missed by all who knew him.

In addition to his parents, he is preceded in death by his brother, Charles Rogers.

A Celebration of life service was held in the chapel of Harwood Home for Funerals on Aug. 9. The family received friends prior to the service.

In lieu of flowers, the family requests memorial contributions be made to CarePartners PACE, 286 Overlook Rd., Asheville, NC  28803. 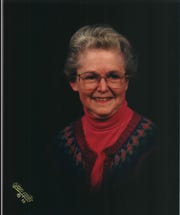 She is survived by her loving husband, John Watson Craven of Black Mountain, her sons, John Currie Craven of Breckenridge, Colorado and Robert Alexander Craven (Laura) of St. Petersburg, Florida, her grandchildren, Waine Alexander of Orlando, Florida and Emily Ann of St. Petersburg, and several nieces and nephews. She was predeceased in death by her brothers, Randall A. McLeod, John C. McLeod, and Edward A. McLeod, her sister, Lucy Worth Mills Mawhinney, and her daughter, Elizabeth Ann Craven.

Ann grew up in Maxton and attended Flora McDonald College. While in school she met John while working at a Presbyterian youth summer camp. They married in 1953 and began their partnership in the Ministry at First Presbyterian Church in Bartow, Florida where their three children were born. She loved and cherished her husband and children and enjoyed sharing stories about them with anyone who would listen. She was fiercely proud of her Scottish heritage, represented by her active membership in the Montreat Scottish Society.

Ann was active in every church that John was called to through out his ministry. She especially enjoyed working with the youth, flower arranging, and decorative needle point at which she was exceptionally gifted. Her many skills enhanced and fulfilled every church they served. No matter where she went she made dear lifelong friends.

In the early 1980s Ann began her career as the Montreat Bookstore Manager, Montreat. Through her energy and effort, the Bookstore was reorganized, prospered and grew to include a wonderful gift shop.

Ann ran the bookstore for almost 20 years and enjoyed the many friends she made throughout the Montreat community. She was an active volunteer for the Montreat Conference Center and enjoyed arranging flowers for events and serving at the Welcome Center.

The family is grateful to the loving and caring staff at Givens Highland Farms, Care Partners/McDowell House, MemoryCare Asheville, and especially her caregiver, Cindy McCurry, who has been devoted to her the last 4 years.

Interment took place at the Montreat Columbarium - Memorial Garden on Aug. 11. A service of Witness to the Resurrection followed at Givens Highland Farms. The service was officiated by Rev. Dr. Steve Runholt and the Reverend Eugene Craven.

Ann would be honored by memorial gifts made to the Montreat Conference Center.

The Craven family is under the care of Morris Funeral and Cremation Service. Online condolences can be left at morrisfamilycaregroup.com/obituaries/Ann-Craven-2/.

Mr. Spivey was the son of the late Adger M. Spivey and Laura Mae Biggs Spivey. Along with his parents, he was preceded in death by his brothers, Ralph Dean and Harold Spivey; and daughter, Marcel Swoveland.

Mr. Spivey was a lifelong resident of the Swannanoa Valley and was an avid coon hunter, loving to roam the mountains with his dogs, his other love was singing, and he was known for his beautiful baritone voice and especially the song, “He Touched Me”. Mr. Spivey proudly served his country in the USAF.

Burial will be at the Western Carolina State Veterans Cemetery.

Horace Marion Chasteen, 85, of Black Mountain, passed away at his home on July 29, 2019, after suffering a long illness. His family was by his side.

He was a native of Pendleton, S.C., a graduate of Clemson University and a U.S. Army Veteran.

A memorial service will be held at the WNC Veterans Cemetery Chapel at 12 p.m. on Tuesday, Aug. 20. Interment will follow at the cemetery. 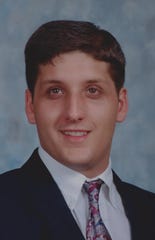 Jonathan was born on November 27, 1970 in Black Mountain to Clayton and the late Lois Brackett Hipps.

Jonathan worked as an Assistant District Attorney for over 20 years in the 20th Prosecutorial District in Anson, Richmond, Stanly and Union Counties of North Carolina.

A memorial service was held Aug. 12, in the chapel of Harwood Home for Funerals.