Elyse T. Oliveira and other people with ties to the Swannanoa Valley 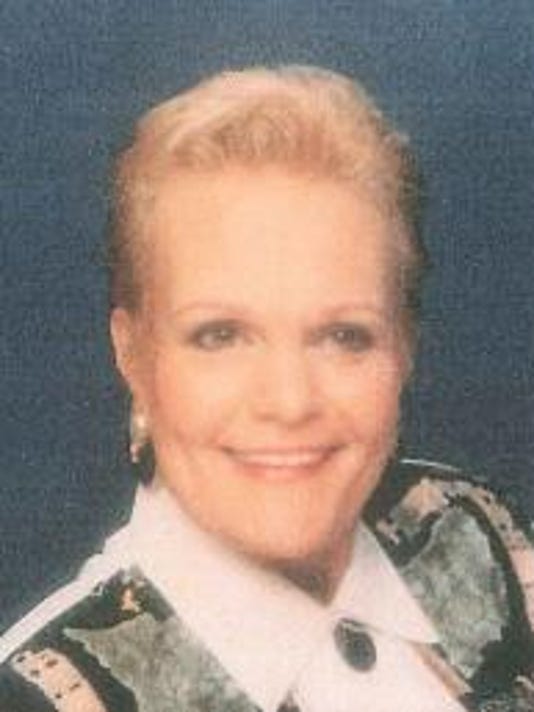 Elyse T. Oliveira, 71, went to be with the Lord on Wednesday, October 28, 2015. Known as Bonnie to her close family and friends, she was born in Asheville, NC on September 29, 1944 and lived most of her life there.

She was a lady of many talents, which led her to owning her own spa, becoming a hairdresser, and using her creativity to paint many beautiful paintings. Bonnie only spoke of happiness, despite the trials she faced, and became an inspiration to many. She enjoyed painting, cooking, her cats, and most of all her family, whom she would do anything for. She touched many lives and will be missed dearly by those that were blessed to have known her.

She was the daughter of the late Joe and Ruby Troitino. She was also preceded in death by her brother Joe Troitino Jr.

Family held a memorial service on Friday, October 30, 2015 from 11 a.m. until 1 p.m. in the chapel located in the Care Partners Solace Center. They also received friends at this time. In lieu of flowers the family asked to make donations to the American Lung Association. Condolences can be made to the family at ashevilleareaalternative.com.

Anna Beth was born, June 13, 1926 in Portsmouth, Va. to Walter Davis and Christine Whitley Davis. She grew up in Clayton, NC with two sisters, one brother and a Collie Dog.

Beth had a happy childhood with animals, beautiful pastures and woods on the 1,200-acre Whitley-Davis Farms, known for fine Percheron horses.

Beth graduated from Greensboro College with a BA, received a Master of Social Work UNC Chapel Hill. She married James Robert Peele of Wilson. They moved to Lancaster, California . Jim was a test pilot with a company that later became NASA.

After four years and three babies, they moved to the Atlanta area. Jim worked with Lockheed. A fourth daughter was born. Beth spent the next 30 years in Sandy Springs, Ga making a home for her family with lots of love and discipline.

Jim retired in 1985. The girls were all grown and out of nest. Beth and Jim moved to Black Mountain NC. Both were active Community Volunteers. Beth also served on Christmount Conference Center Committees.

After Jim's death, Beth, supervised the building of a new home and moved onto the Christmount grounds. She lived in the Black Mountain Area for 18 years.

Jessie Forney Sherrill was born November 3, 1928 in Black Mountain, North Carolina to the late Harrison Forney and Bessie Logan Forney. She departed this life on October 12, 2015 at her home.

Jessie graduated from Stephens-Lee High School in 1947 and also graduated from L. Richardson Nursing School. Mrs. Sherrill worked at the Veteran’s Administration Hospital for 30-plus years. She was very active in the community serving as a lifelong member of Mills Chapel Baptist Church. In addition, she was a member of the NAACP, ABC Board and MLK Board to name a few.

He is preceded in death by his parents, M.P. and Dora Buckner Norton; wife, Zora Mable Norton; daughter, Kathleen Gamble; and brothers, John and Shadrack Norton.

A Celebration of Life Service was held Saturday, November 7, 2015 at 11 a.m. in the Chapel of Harwood Home for Funerals with Rev. Charles Holland officiating. Burial followed in Bowman-Rector Cemetery in Marshall. The family received friends one hour prior to the service time at the funeral home. Arrangements by Harwood Home for Funerals, harwoodhomeforfunerals.com.

Delores Kindred, a 12-year-resident of Black Mountain passed into the next stage of life on Sunday, November 1st. Burial was held at Mountain View Cemetery on Tuesday November 3, 2015.

Originally from Brookings, SD, she moved to Southern California in the late ‘30s where she was the first woman hired at Douglas Aircraft and North American Aircraft assembling engine wiring harnesses and instrument panels during the Second World War. She was one of the early members of the Baha'i Faith in the Los Angeles community.

Her true passion was horticulture, becoming a successful national garden show judge in both horticulture and design. She was an accomplished seamstress and quilter and was always creating, growing and building. Born on March 8, 1919, she was the daughter of Mabel Pearl Hansen, Henry Arthur Lee, and granddaughter of Nels Lee (Liaboe) of Norwegian birth.

She is survived by her son Sterling Vaden, his wife Paula and grandson Noah. In lieu of flowers, donations may be made to the Literacy Council of Buncombe County.

Mr. Marett was born October 22, 1939 in Buncombe County to the late Vaden and Juanita Penley Marett.

Tom was a veteran of the US Navy serving during Vietnam and Persian Gulf War. He was a member of Swannanoa First Baptist Church and Black Mountain Masonic Lodge.

In addition to his parents he is preceded in death by his brother, David Marett.

A Celebration of Life Service was held Tuesday, November 10, 2015 at 12:30 p.m. at Swannanoa First Baptist Church with Chaplain Jack Taylor, and Reverends Jeff Dowdy and Frank Cantrell officiating. Burial will follow in the Western Carolina State Veterans Cemetery at 2 p.m. with military honors.

Those desiring to make a memorial contribution may do so to John F. Keever, Jr. Solace Center, PO Box 25338, Asheville, NC 28813 or Black Mountain Auxiliary Police Department, 106 Montreat Road., Black Mountain, NC 28711. Arrangements are in the care of Harwood Home for Funerals, harwoodhomeforfunerals.com.