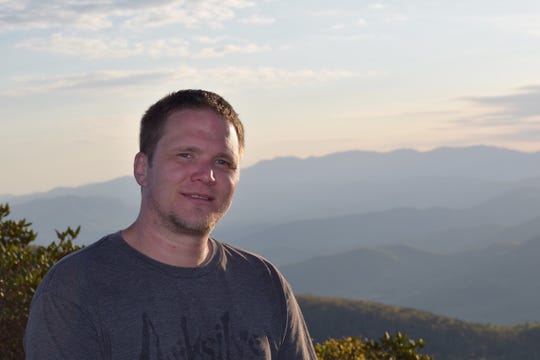 It was a Thursday afternoon in late October of 2017. Lounging in his automobile — his full-time home of cluttered Burger King wrappers, dirty clothes and syringes — William Boardman mindlessly scrolled through Facebook, stopping at an unusual post. The photo presented a tall, graying man, clothed in full pilot regalia, surrounded by smiling family and friends. Regarding the attached description, William discovered Russell Boardman—the gentleman in the photo—was celebrating his 39-year career with Delta Airlines.

Looking away, William’s eyes dropped to the floorboard. A stained, blue-green car mat offered no consolation. He hadn’t been invited to the party. In fact, he didn’t even know his dad was retiring.

For William, a 34-year-old with an unusual passion for family and friends, it was the ultimate wake-up call.

Although one may think a 16-year opioid addiction—highlighted by multiple detoxes, first-name recognition at treatment centers, a Jekyll-and-Hyde addiction to maintenance therapy drugs and a diverse assortment of near-death experiences—would have brought William to the reckoning table, but that assumption would be wrong.

For William, the crux was a deep feeling of loss. His family, brought to the realization that they could no longer help or enable him, hadn’t bothered to offer an invitation.

“Once he realized the pain he was causing, understood that he’d ostracized himself, he seemed more open to overcoming his addictions,” said William’s mother Louise.

She was shocked at William’s reaction to the photo. She’d been trying to motivate him for over a decade. 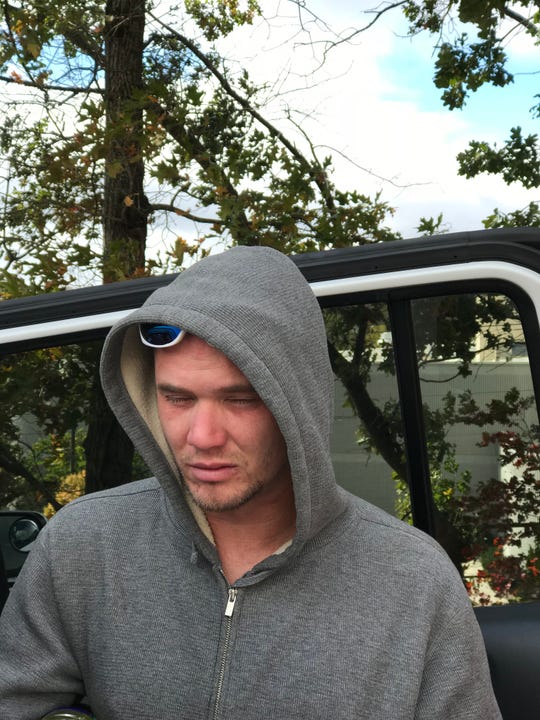 William Boardman on the day he was admitted to a detox program before entering William's Place, a faith-based recovery program for men struggling with addiction. (Photo: SPECIAL TO BMN/Louise Boardman)

Five years earlier, Russell and Louise had been desperate to find the right recovery program. His drug counselor, Nikki Moussette, told them, “the place I want for William doesn’t exist,” Louise said.

Not one to back away from a challenge, or ditch their adopted son, they vowed to “make it exist.”

For most addictive souls, trapped in a venomous cycle of fierce pain and short-lived relief, the road forward is all vertical. For William, it was no different.

During his years of active addiction, William and his exhausted parents, had struggled to find viable solutions. There were relapses, more detoxes. halfway houses, a two year exile to his birth-mother’s home as well as endless recovery centers. Desperate for a long-term solution—by now, on his fourth relapse and weary of the misery—William called out to God.

“After the Facebook incident, I drove straight home and my parents admitted me to a local detox center.  After six solid days of sleeping off the drugs, I begged God, ‘make this end.’” He fully expected to die.

Instead, he got William’s Place.

After detox, William enrolled in drug rehabilitation program October Road, completed the curriculum, then committed himself to a residential recovery program that emphasizes productive labor and accountability, known as First Step Farm. Although Russell and Louise were wary, William was staying sober, content and hopeful.

William began to grow in his faith.

“Giving my life to God was the missing piece,” he said. “I’d been high and happy, but never sober and happy. When I realized God loved me unconditionally—and forgave me—I had this powerful, never-experienced joy.”

William will be the first to tell you the, “all-you-need-is-Jesus” mentality, doesn’t work. 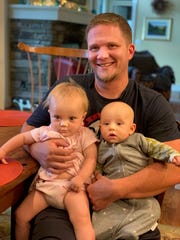 William Boardman spends time with his niece, left, and nephew after completing the drug rehabilitation program at William's Place, where he now serves as a resident manager. (Photo: SPECIAL TO BMN/Louise Boardman)

“After asking God for help, I still had a lot of work to do,” he said. “God gave me the motivation and the peace I’d never had; but the addiction was still there.”

For families of drug addicts, hope quickly succumbs to cynicism. Broken promises, drug-fueled accomplices, criminal records, bold lies. Having seen their compassionate, precocious child transformed into a fear-driven, unscrupulous sycophant through a 16-year nightmare, the Boardmans were more determined than ever to find, or create, “just the right place” for William.

As William remained steadfast through 15 consecutive months without drugs, the Boardmans became impassioned.

“He may be in the clear, Louise said, “but there are hundreds more just like him.”

Although happily too late for William, Louise and Russell were intent on making William’s Place, the name envisioned for their residential recovery program, a reality.

“He’d been through all these rehab programs, and it took a train-load of different approaches to finally reach him,” Louise said. “What William really needed, if it had existed, was a whole-person approach. He needed spiritual guidance, meds to address the crippling depression, training in life-skills—how to cook, clean, make his bed—accountability, counseling; he needed to learn how to have North Carolina fun—hiking, camping, rafting—mentors to offer wise counsel, social skills, a solid work ethic and follow-up—a community of people committed to his success after recovery.”

In March of 2018, after five years of heartache, research and planning, property development, tracking down volunteers, fundraising and prayer, the Boardman’s opened William’s Place to it’s first five residents. Seventy-four trained volunteers, mostly from Black Mountain and many inexperienced working with drug addicts, descended on the hapless abusers. 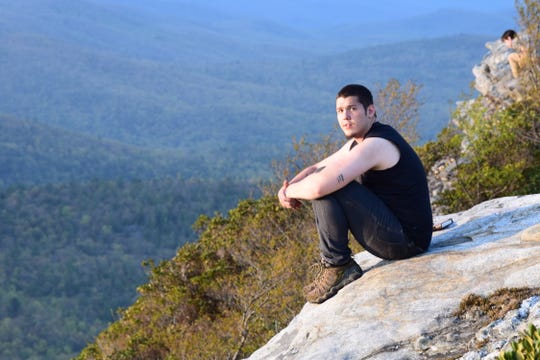 Virgil Oaks is one of three people to complete the inaugural rehabilitation program offered by William's Place. (Photo: SPECIAL TO BMN)

“The common thread for these volunteers was their faith…” Louise said. “These folks understood the redeeming power of the gospel, and they had a deep compassion for addicts.”

There were more than 350 overdoses in Buncombe County last year, 92 of them resulted in death.

In late June, three of the residents of William's Place graduated from the program, a reminder that success is not inevitable. Each exited with a clean-slate, a job, a place to live, and an army of new friends applauding their efforts and bolstering their sobriety.

For William, who now serves as the resident manager, William’s Place brings meaning, and hope, out of his painful past.

“I’m thankful to be alive, thankful to help men get their lives back,” he said. “I can totally relate to what their going through.”

His parents are making up for lost time while helping others get back what they’ve lost.

"We are redeeming the years the locusts have eaten and want to bring hope to other parents dealing with addicted sons,” Louise said.