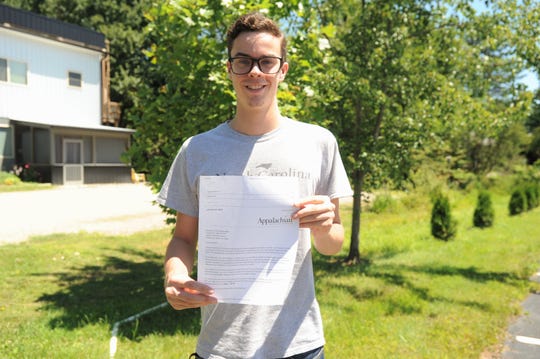 The legacy of Dr. Martin Luther King, Jr. is vast. His vision for equality and diversity in America helped fuel the civil rights movement in the middle of the 20th century, while his assassination in 1968 laid bare the nation’s struggle to realize his dream.

In the Swannanoa Valley hundreds of people gather each year for a prayer breakfast honoring the civil rights icon by keeping his message alive, but it’s the scholarships given to local graduates in King’s name that will keep his legacy alive well into the future.

The first Dr. Martin Luther King, Jr. Prayer Breakfast in the Swanananoa Valley took place in 1991, less than a year after the late Lib Harper and Black Mountain mayor at the time, Carl Bartlett, envisioned a local organization that would honor the life and teachings of the gathering’s namesake.

Held in Ridgecrest, the inaugural breakfast featured Harvey Gantt, who was the first black student admitted to Clemson University before going on to become the first black mayor of Charlotte in 1983.

By 1994, the Swannanoa Valley Dr. Martin Luther King, Jr. Memorial Corp. was formed. The nonprofit’s vision -- “I refuse to accept the view that the bright daybreak of peace and brotherhood can never become a reality,” -- is a quote from King’s Nobel Peace Prize acceptance speech in Oslo, Norway in 1964.

To help achieve that goal, the organization established a monetary fund to benefit public school students from the Swannanoa Valley seeking assistance with college tuition. King himself touted the importance of education saying its function was “to teach one to think intensively and to think critically.”

The scholarship is a critical part of honoring his legacy, according to Swannanoa Valley Dr. Martin Luther King, Jr. Memorial Corp. Board of Directors President Sheila Showers. 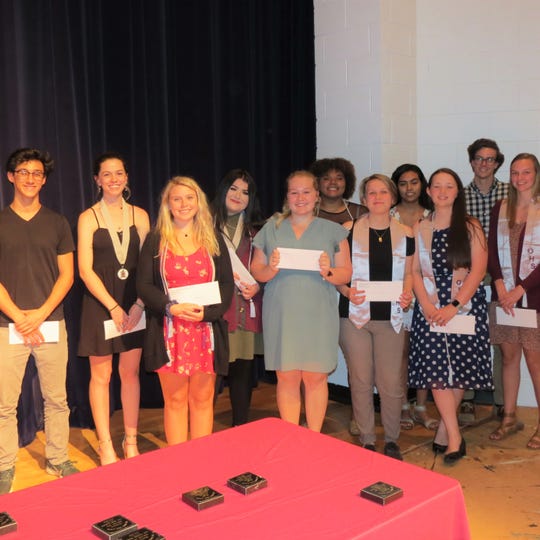 “Education is a key component in exposing people to others who come from backgrounds different than their own,” she said. “As people become more aware of others, they are more likely to be tolerant in general.”

Showers joined the board in 2015 and became president in 2017. The 11-person board focuses on raising awareness of the organization’s mission and hosting the annual breakfast, which brought more than 250 people to Camp Dorothy Walls to hear gospel singer Mary D. Williams speak on Feb. 9.

Williams, whose community-based college course “The South in Black and White: History, Culture and Politics in the 20th Century South” has been taught to over 1,000 students, will be the first keynote speaker to headline the breakfast in back-to-back years when she returns on February 8, 2020.

“She was mesmerizing,” Showers said of Williams. “She talked about the history behind many of the spirituals that are popular in black churches, she sang and she shared her own personal experiences. Her speech was very informative and we had a number of people express an interest in seeing her return next year.”

The vast majority of the 29 people who have spoken during the breakfast “challenge us to reflect on whether we're doing enough to keep the dream alive,” according to Showers. The breakfast is also the organization’s biggest fundraiser and the “driver” behind the scholarship fund. 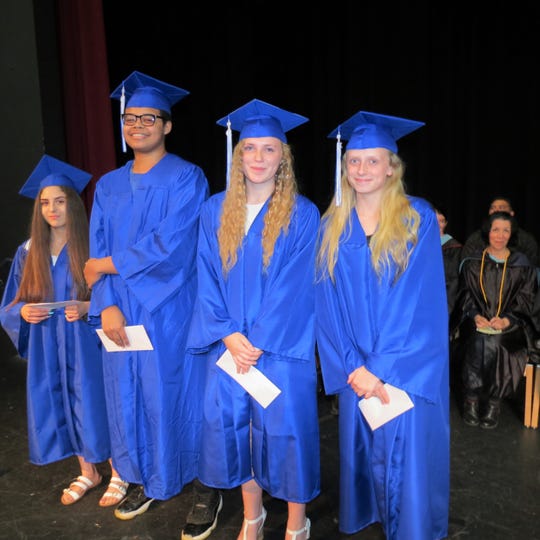 Local businesses and community organizations purchase ads in the breakfast program and many attendees choose to donate during the event. A group of Givens Highland Farms residents has been among the biggest contributors in recent years, according to Showers.

“This year we raised enough money in donations during the breakfast that we were able to fund an additional scholarship,” she said.

This year the program awarded more scholarships than it has since Showers has been involved. Sixteen new scholarships and nine renewals, ranging from $250 to $1,000, were dispersed to local students.

“Thanks to the support of the community we were able to help 25 students from Owen and the Community High School with their goals of going to college,” Showers said. “We’re really grateful for that opportunity.”

Brandon Nigthingale will study exercise science at Appalachian State University after graduating from Owen on June 15. In an effort to avoid excessive debt associated with student loans, he began searching for scholarship opportunities.

“Around midway through my senior year I knew I would have to apply for scholarships,” said Nightingale, who grew up in Black Mountain after his family moved here from London, England when he was a child.

As he began researching, he learned about the Dr. Martin Luther King, Jr. Scholarship. Like all of the applicants, Nightingale was required to submit an essay describing how he was influenced or inspired by the teachings of King. 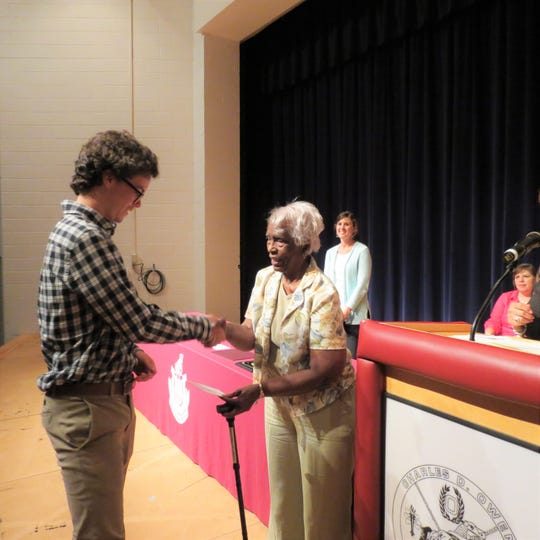 For graduates like Nightingale, a college education might be out of reach without the support of funds from community scholarships.

“I was very excited when I learned my application was accepted,” he said. “Finishing high school and getting ready for college is stressful, so when I received the scholarship it felt like some of that weight was lifted off my shoulders.”

"We've been very fortunate to have the support we've had from the community for all these years," she said. "There are a lot of young people in the Valley who probably wouldn't have the chance to attend college without financial help, and we hope to continue to grow so we can support that growing need well into the future."