Black Mountain Center for the Arts director to retire

Gale Jackson, the executive director of the Black Mountain Center for the Arts, has announced her retirement

Black Mountain Center for the Arts director to retire 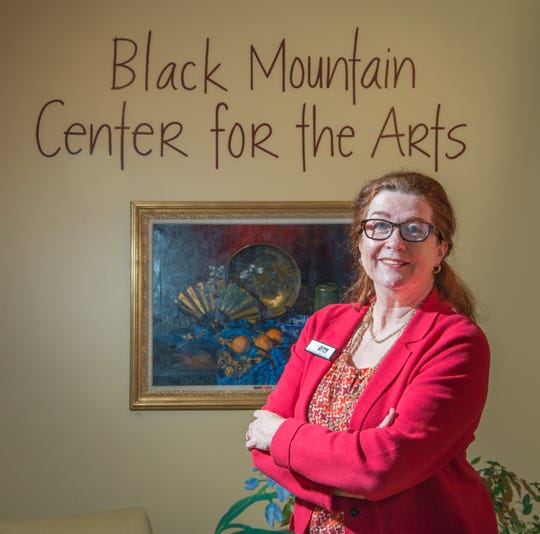 Gale Jackson, who accepted the director position at the Black Mountain Center for the Arts in 2000, will retire in the coming months. (Photo: SPECIAL TO BMN)

Gale Jackson wasn't exactly sure what to expect when she left Jasper, Indiana in 2000 to accept a position at a burgeoning arts center in a town she knew little about. She was excited about the potential of the historic building that would be the home of the Black Mountain Center for the Arts and invigorated by the community's support for the program.

Nearly two decades later, as the director of the arts center announces her upcoming retirement, there is little doubt that she made the right choice to move to the Swannanoa Valley.

"It's certainly a bittersweet decision," Jackson said of her retirement. "I've loved the job for almost 20 years and I love the community, which has been my extended family. This job gave me the opportunity to be involved with so many different parts of this community."

Jackson and her husband Dennis were looking to move from the Midwest to the Carolinas when she spotted an advertisement for the position in a national publication.

"I'd never been to Black Mountain," she said. "I had been to Asheville and I knew a lot about it, but the only thing I knew about Black Mountain was what I found out through research."

At the time, members of the community had pledged over $1 million to renovate the town's former town hall on West State Street, which was constructed in 1927. The historic structure is adjacent to the town's former fire house, which became home to the Swannanoa Valley Museum & History Center in 1989.

Jackson accepted the position at the nonprofit organization in February and the center opened its doors with a four-day event that October.

"Here was this incredible group of people and this beautiful historic building, and this blank slate," she said. "It was an easy decision when they offered me the job."

The first few months were an "exciting time," Jackson said.

"The organizing board had done a great deal of planning and had all kinds of hopes for the activities and programs that the center would offer," she said. "We were in the final stages of fundraising and I had to wear that hat quite a bit."

Before opening its doors, the arts center, which has provided programs for thousands of local residents in its 19-year history, received support from the town, Buncombe County, various foundations and "a lot of local residents," Jackson said.

"The support was really tremendous," she said.

With a mission "to bring arts to the people and people to the arts," Jackson and her team began offering classes, teaching music and painting and everything in between.

"There was some trial and error, we had to figure out what things worked and what things fit in the building," Jackson said. "It was a process, you don't just open the doors and have a bunch of people show up to register."

"One of my first big grants was from the National Endowment for the Arts and I received money to do a collection of oral histories in the Valley," Jackson said. "I hired Jerry Pope and Rebecca Williams back then and by the time we were done we felt driven to do something with the information we collected. It turned into a community theater series called "Way Back When."

The series, which ran for seven years, was an immediate hit with the community. Jackson believes the music and the stories featured in the performances "reflected the fabric of the community."

"It was really significant at the time," she said. "Back then I remember saying that the people who grew up here thanked us for celebrating the heritage they treasured and the newcomers thanked us for helping them understand why they love it so much and wanted to be here."

The center's Front Porch Theatre, a group designed to promote and support local live theater, is in its sixth season.

"When that started the (Black Mountain-Swannanoa Chamber of Commerce) was calling us the Front Porch of Western North Carolina and I loved that," she said. "I feel like the front porch represents a gathering place where people told their stories and shared their music. Eventually that became the name of our community theater and I thought it was very fitting."

Jackson is also proud of the center's efforts working with local children.

"We did four years of outreach to the schools revolving around Monarch butterflies, bees, birds and bats," she said of a program that focused on raising awareness about pollinators. "We worked with Libba Tracy and the third graders in the district and that included working with the town, the downtown merchants, the Rotary Club, which helped fund it. A lot of people in the community collaborated with us for that program."

During Jackson's tenure, the Black Mountain Center for the Arts has taken on a significant role promoting the arts on the eastern side of Buncombe County.

"We've got the theater component, the visual arts, the concerts," she said. "We're not the only place doing each of those things, but we're the only one doing all of those things in a public way where you don't have to be a member. And we serve every age."

Jackson, who will continue in the role until the board finds a suitable replacement, will spend more time with her family and get back to her own artistic endeavors in her retirement. However, her home will continue to be in the mountains that she came to nearly 20 years ago.

"There is something very embracing about these mountains around us," Jackson said. "I think we feel protected and safe and there is beauty at every angle. You can't look around without seeing something beautiful. I can't even imagine being anywhere else now."