The spirits of Black Mountain to come alive with haunted tour

The spirits of Black Mountain to come alive with haunted tour 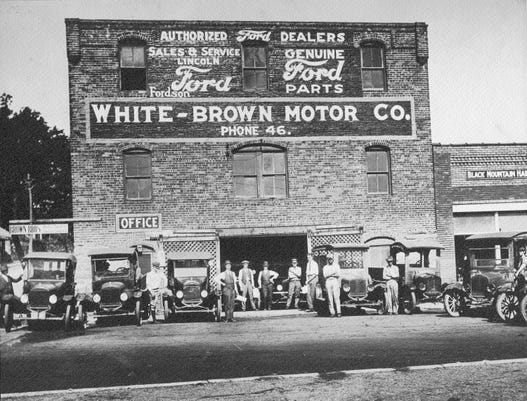 There are spots in Black Mountain’s downtown historic district where time seems to stand still, as if the veil between past and present offers a hazy glimpse into the 125-year history of the town. It’s almost as though those who have shaped the history of the town refuse to leave.

Many of those figures will return to their old haunts once again on Friday, Oct. 26 and Saturday, Oct. 27, when the Swannanoa Valley Museum Historic Haunted House Tour brings the past to life.

Beginning at 5:30 p.m., a series of six tours will meet at the museum, which occupies the building constructed in 1921 as the town’s first firehouse at 223 West State Street. The structure, which was designed by Richard Sharp Smith, influenced much of the architecture that gives the historic district its look today.

Tour groups of 20 will depart from the museum every 30 minutes, led by guides in formal wear who will walk them through the history of the town. The event is the biggest single fundraiser for the museum, according to Carol Tyson, who got the inspiration to highlight local history around Halloween in 2012.

While some are attracted to gore and ghouls around that time of year, Tyson is drawn to the opportunity to connect with the past.

“History speaks through ghost stories,” she said. “They are a great way to learn your history.” 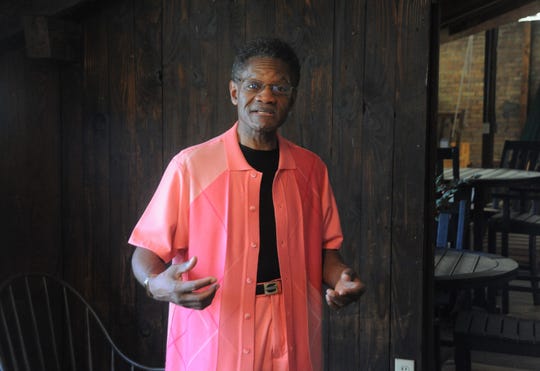 Black Mountain native Williams Stafford will perform the songs that would drift into the open bedroom window at his grandmother's house from nearby Roseland Gardens, which will be re-created as part of the Swannanoa Museum Haunted House Tour on Oct. 26 and 27. (Photo: Fred McCormick)

In fact, you won’t find any ghosts on the tour, it’s more like a visit with the spirits of a town that has never stopped growing since the railroad came through the Swannanoa Gap in the late 1800s. It was during that time that places like The McKoy Building, now known as The Junction, came into existence to accommodate a growing number of visitors. It’s here, just south of the railroad tracks on Black Mountain Avenue, that the tour looks at that era.

“Jon Brooks has beautifully restored that building,” Tyson said. “This particular location has so much history.”

The building itself, constructed by J.W. McKoy in 1890, actually precedes the existence of the town itself by three years. It’s believed that the basement of the building served as Black Mountain’s first town hall.

True to the season, the tour will also reveal the stories of people associated with the building’s past as they appear in “spirit form.”

The tour’s cast will include historic presenters at each stop along the way, and spirits dressed in period-appropriate costumes. Tyson, who works with a team including her sisters Terri Brooks and Pegg Rozzell, as well as Micki Cowan and Sheila Showers.

“We each have our own niche,” she said of the group that has been putting the tour together for much of the year. Damage to the roof of the In the Oaks mansion, the venue planned for last year’s tour, forced the cancellation of the 2017 event.

This year, to honor the 125th anniversary of the town, the committee wanted to tell the story of Black Mountain, Tyson said.

“It’s really a haunting place because people always come back,” she said.

As the tour makes its way north of the tracks, much of which was destroyed by a massive fire in 1912, it will stop at Sassafras on Sutton. The rock foundation of the structure that the bookstore calls home, is one of the only things spared by the blaze. Its proximity to the depot led to its roots as a transportation related business. A livery stable, which hired out horses, stood there in the 1890s and eventually the space was home to Brown Motor Co.

Sheila Showers, one of the organizers of the Swannanoa Valley Museum Historic Haunted House Tour that will take place on Friday, Oct. 26 and Saturday, Oct. 27, will present the history of Roseland Gardens, while William Stafford performs songs he heard coming from the juke joint as a child. (Photo: Fred McCormick)

Advancing north on Cherry Street is a journey through the years with the tour looking at the local businesses that have developed to serve the growing population of residents and visitors with a stop in the Veranda.

Town Hardware will offer a glimpse into life in Black Mountain around Christmas in the years after World War II, as the spirits of families shop for toys in the general store. Swannanoa Valley historian Bill Alexander, known for his captivating storytelling about the area’s history, will present at the stop.

Floating on the night air some may hear the powerful voice of Black Mountain native William Stafford, who will be singing songs he would hear out of the open window of his grandmother’s house from nearby Roseland Gardens. Stafford was too young to visit the popular juke joint, but the sounds of artists like Sam Cooke, James Brown and Bobby Bland would carry around the neighborhood near Flat Creek. 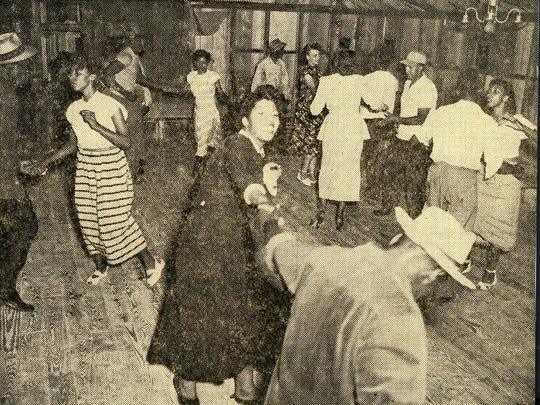 A re-creation of a night at Roseland Gardens, a juke joint in Black Mountain pictured here that operated for nearly 60 years, will be one of the stops on the Swannanoa Valley Museum Historic Haunted House tour on Oct. 26 and 27. (Photo: SPECIAL TO BMN)

A room behind the former Rug and Jug building, recognized by its colorful columns along East State Street, will be transformed into a scene from Roseland Gardens, which was torn down over a decade ago. The venue was opened by Horace Rutherford in 1918 to serve as an entertainment hub for black people in the Jim Crow-era South, where segregation was the law.

For nearly six decades, Roseland Gardens was a cultural hub for the black community. Stafford said it was an honor to be approached about performing for the re-creation of the popular juke joint.

“This is awesome,” he said. “I was like 12, 13 years old and I remember hearing all the songs because my grandmother lived right down the street. Of course we couldn’t go in, but we could see everything going on.”

Showers, who wrote the script for much of the tour, will be the historical presenter for the Roseland Gardens portion of the tour.

“Carol always tries to include history from the black community on the tours,” she said. “Plenty of people around here have a connection to (Roseland Gardens).”

Showers read transcripts of an interview with Kat Debrow, granddaughter of the founder of the juke joint, to research for the presentation.

“Pegg (Rozzell) suggested we get William to sing,” Showers said. “He’s been great about wanting to help and he has a great voice for it.”

The tour will then pass by the Kaltman Building, which stands in what was once an empty field along West State Street between Montreat Road and Church Street. It was there where people visiting or passing through with horses and buggies would rest on their journeys.

“The one thing that’s always constant is change,” Tyson said. “But while buildings and people come and go, it’s the spirit of Black Mountain that makes it special, and that’s what we hope to show with this tour.”