Sadie Berry celebrates 100 years... then goes back to work

Swannanoa business owner Sadie Berry will celebrate her 100th birthday on Sept. 2 and be back at work on Sept. 4

Sadie Berry celebrates 100 years... then goes back to work 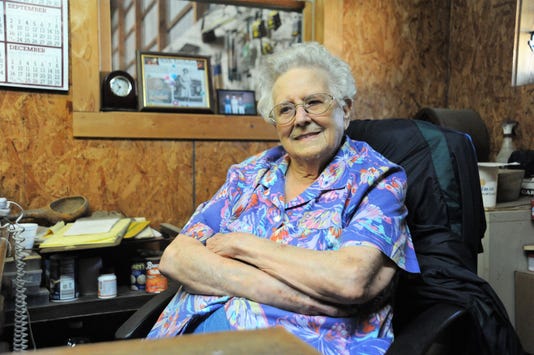 Sadie Berry sits at her desk at Berry's Farm Supplies in Swannanoa just days before her 100th birthday. Berry still goes to work there five days a week.(Photo: Fred McCormick)

The first week of September will be a lot like most have been for Sadie Berry since opening Berry’s Farm Supply with her late husband Alvin nearly 40 years ago. She’ll wake up every morning, head to work and go home at the end of each day.

Like most weeks, she anticipates it will be a rather unremarkable one. She's likely correct, until you consider that it will follow her 100th birthday.

"It feels good to turn 100," Berry said from behind her desk at her Swannanoa store a little more than a week before her birthday. "One day I'll have to retire, but not yet."

Berry was born in McDowell County on Sept. 2, 1918. She moved to Swannanoa 17 years later and worked in the spinning room and cafeteria at Beacon Manufacturing. She's mostly called the Valley her home since.

Berry married a fellow Beacon employee, Paul Vanover, in 1939. He would serve in World War II and returned to open the Swannanoa Restaurant with his wife. It stood across from the plant in which they used to work.

The couple moved to Michigan as Vanover required medical attention for injuries he suffered in the war. Berry returned to the Sawnnanoa Valley when Vanover passed away.

While visiting her mother she met Alvin Berry, who she married in 1978. Together, they opened the farm supply store. Alvin passed away in 2013, but his son Mike remains close with his stepmother. 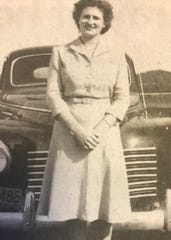 As a young woman Sadie Berry worked at Beacon Manufacturing in Swannanoa after moving to the area from McDowell County, where she was born. (Photo: Black Mountain News)

"She's a wonderful lady," Mike said of Sadie. "I only got her to quit working on Saturdays recently and it was a major undertaking. She's pretty strong willed."

At 99 years old, Sadie's mind is as sharp as can be, Mike said. Robert Mason, who has been working for Sadie for the last three years, agrees.

"She still has like 85 percent of the inventory in the store and the prices memorized," he said. "She's young for her age."

Mason picks his boss up every morning from her home at Givens Highland Farms in Black Mountain and brings her to the business on U.S. 70.

Charlotte Owenby, who rents a home from Sadie, echoed that exact same thought.

"She's good to everybody," Owenby said. "She's the sweetest lady you'll ever meet. She's like family to me."

His father and stepmother were well-known around Swannanoa for their generosity, Mike said.

"Very few people in the Valley don't know her and daddy," he said. "She still likes helping local people."

Sadie describes her average work day as "hectic." She answers the phone, talks to customers, interacts with her three employees.

"She's very involved," Mike said. "We have a business meeting about once a week and she has a list of things she wants to talk to me about and I have my list of responses to her list from the previous week."

When she's not working, Berry spends most of her time at home watching Jeopardy, she said. And while she's not yet made plans to celebrate her birthday, she knows exactly what she'll be doing the Tuesday after her store is closed for Labor Day.

"I'm going to come to work," she said with a chuckle. "I like coming in, I'd be lost without this place."