Drug arrests up in 2017 for Black Mountain police

Drug arrests up in 2017 for Black Mountain police 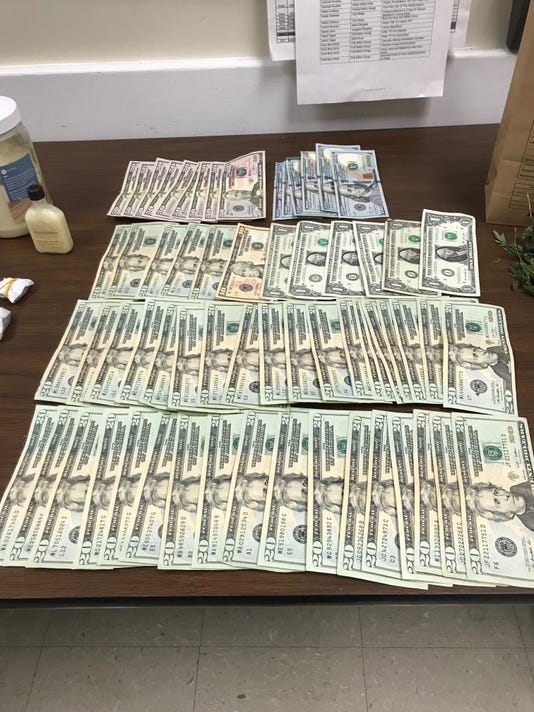 This is some of the money the Black Mountain Police Department has confiscated during drug arrests.(Photo: Courtesy BMPD)

Black Mountain police officers made more drug-related arrests in 2017 than in the previous year, according to chief Shawn Freeman’s annual report, presented to town aldermen Jan. 8.

The report detailed what Freeman called the department’s “massive impact on drug activity” locally, and revealed an upward trend in calls for service to the department. For the fifth consecutive year the department responded to more calls than the previous year, according to Freeman.

“We handled 61 more calls than we did in 2016,” he said. “We’ve seen a 32 percent increase in our call volumes over a five-year period. Part of that is that we’re seeing an increase population growth and with that comes more calls.”

Here are some of the drugs the Black Mountain Police Department have confiscated. (Photo: Courtesy BMPD)

“Drug dealers in Asheville are getting the heat put on them, and McDowell County is doing the same,” he said. “So we’re kind of in the middle, and we’ve seen more drugs coming in and we wanted to attack that.”

“A more proactive approach” to policing and the establishment of the PACE TEAM (Police And Citizen Enrichment Together Everyone Achieves More) last summer has helped the department be more responsive to community input, which has in turn led to larger drug charges, the chief said.

“Another difference in the arrests is that many have been for higher quantities,” Freeman said. “So instead of simple possession we’re talking trafficking amounts.”

“Our main drugs we’re seeing out there are methamphetamines, marijuana and cocaine,” Freeman said. “But we’re also dealing with the same opioid issue that is devastating the entire state at this time.”

The department seized nearly 4,000 grams of methamphetamine in 2017, according to Freeman.

“The methamphetamine we seized had a street value of roughly $76,600, marijuana was around $35,000 and cocaine was around $32,200,” he said. “We seized roughly 96 dosage units of Oxycodone and Hydrocodone.

Freeman, who began his role as chief in May, pointed to his department's efforts to open up lines of communication with the community. He cited the establishment of a department Facebook page, an increased presence at public events and officers' involvement in community meetings as examples of measures taken to strengthen the relationship between local law enforcement and community members.

The department plans to launch an elder check program in the next few weeks as well.

"The elderly population is near and dear to my heart," Freeman said. "We'll offer a program where elderly residents who sign up will call us daily at 11 o'clock (a.m.) to let us know they're doing OK. If we haven't received that phone call by then we'll have an officer go out and check on them."

Freeman also drew attention to his department's community outreach efforts in 2017, which included partnering with the community for Hurricane Irma relief efforts, providing Thanksgiving meals for local families and purchasing presents for local children in need. The department plans to continue emphasizing support for the local community in 2018.

"Stepping into the Black Mountain Police Department has been great," Freeman said at the conclusion of his presentation. "I've never seen the quality of professionalism and the willingness to serve from all of the staff like I've seen here. A lot of these guys will give up time with their families to give back to the community and go well beyond what's expected."