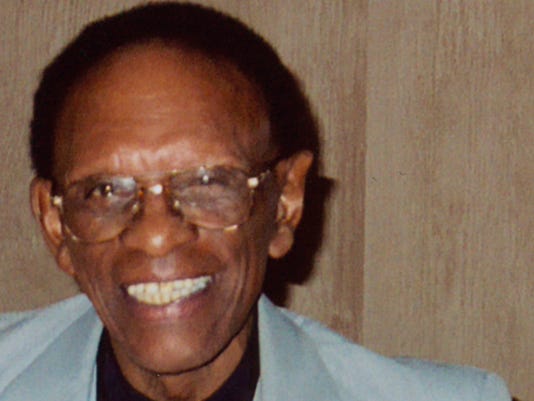 In the shadow of Laura Sunderland Residence Hall Oct. 7, members of the Warren Wilson College community gathered to memorialize one of their own.

Alma Joseph Lee Shippy was 17 when he crossed a historic threshold as one of the first African Americans to enroll at a previously all-white college or university in the South. Sixteen days after the 65th anniversary of his admission, Warren Wilson College memorialized Shippy with a marker on the building he once called home.

It was roughly two years before Brown vs. Board of Education when Alma Shippy, who died in 2006, first visited Warren Wilson College in the summer of 1952. He was invited to speak at one of the college’s evening prayer meetings and later joined students for dinner. It was then that the college’s pastor, the Rev. Irving Deihl, Dean Henry Jensen and student Marvin Lail encouraged Shippy to submit his application to the college.

“The word was out that Dean Jensen was calling a special meeting (in Sunderland), and I had no clue just how momentous this would be,” said Billy Edd Wheeler, a 1953 Warren Wilson College graduate who was one of Alma Shippy’s classmates. “(Jensen) said, ‘A person of color, from right here in Swannanoa, has applied for admission to this college, and we’re going to take a vote to see if you would welcome him into our midst.’”

The day after Shippy arrived on campus, Jensen wrote, “When the vote was taken, and counted by three boys, it was found the vote was 54 to 1 for welcoming Shippy on the same basis as any other boy in any activity or work crew on which boys participated.”

In 1994, Shippy told The Asheville Citizen-Times, “They accepted me just wonderful. … It was exciting, and I was nervous.”

The marker honoring him, on an outside wall of Owl’s Nest Café on the lower floor of Laura Sunderland Residence Hall, is a bronze plaque created by 2017 graduate Henry Shearon. A special committee composed of John Wykle, Sherry Lee and Nancy Allen, with additional leadership by Faris Ashkar, spearheaded the efforts to recognize Shippy.

Perry Shippy opined that if his brother could attend the event and see this plaque, Alma Shippy would utter his familiar phrase, “I like that.”

In 2009, Warren Wilson College announced an endowed scholarship – the Alma Shippy Memorial Scholarship. The scholarship was created by Shippy’s classmates and friends to help students with financial need who also bring diversity to campus. The scholarship announcement followed an emotional ceremony in 2002 celebrating the 50th anniversary of Shippy’s enrollment, during which he said, "We had a wonderful closeness with the staff here. I still feel this is my family, right here."

"Alma was truly a hero of mine, and I hope a hero of yours,” said Rodney Lytle, Warren Wilson College’s alumni ambassador and the master of ceremonies during the Oct. 7 event. “This (is a) beautiful, beautiful occasion, honoring the invitation from (former President) Dr. (Arthur) Bannerman, Dr. Jensen and two other boys who saw the beauty in having Alma as a student.”

For more about the Alma Shippy Memorial Scholarship and how to contribute to it, contact Jay Lively, Warren Wilson College alumni manager, at jlively@warren-wilson.edu or visit warren-wilson.edu.