March 8 Obituaries of the Swannanoa Valley

Obituaries of people with connections to the Swannanoa Valley

March 8 Obituaries of the Swannanoa Valley 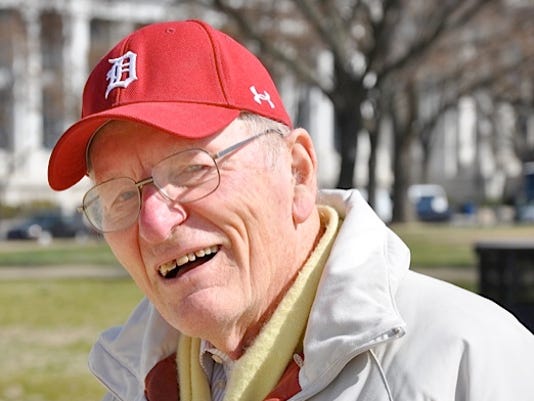 Father, friend, teacher, and husband, Thomas Herbert Dimmock, Jr. “Herb” passed into the next life peacefully on February 21, 2018 of natural causes. Born in Norfolk, Virginia on November 29, 1921, he lived 96 years marked by exuberance, unlimited optimism, humor, wisdom, and a keen sense of ethics and Christian morals. The son of a long line of Presbyterian ministers (seven generations before him), his commitment to the Presbyterian church was a lifelong mission, where he served as elder, teacher, and choir member.

Born to The Rev. Thomas Herbert Dimmock, Sr. and Martha Belle Amis, he was a graduate of Davidson College and the University of Virginia - where he subsequently taught physics as well as at Wake Forest Univ. He married Anne Hortense Pruitt in 1948 with whom he had four children, all of whom survive him: Jane (Dimmock) Cain of Davidson, NC, Thomas Herbert Dimmock, III of Hershey, PA, David Dimmock of Baltimore, MD, and Jonathan Dimmock of San Francisco, CA. Herb married a second time, after Anne’s death, to Edna Earl Chapman of Fredericksburg, VA.

Herb’s career started in the Army, having served as a First Lieutenant in WWII (14th Infantry, 71st Division), including participating in the liberation of Dachau, and serving as a temporary mayor in Germany. His profession as a physicist took him to the aerospace industry where he patented a fuel cell for the rocket to Mars. The last half of his career was spent in Northern Virginia where he served the Defense Intelligence Agency in matters related to missile defense.

Herb loved to sing and play the piano - which he did nearly up until his day of death. He was beloved as a Bible teacher and scholar, a passion which occupied him for at least 60 years of his life. Mostly, friends and family remember him for his gentle sense of humor, humility, warmth, and unusual ability to communicate interest in other people. A lover of the outdoors and physical health, his greatest accomplishment, in his words, was raising a loving Christian family.

Charitable donations, in his memory, may be given to the Dimmock Memorial Fund at Lewinsville Presbyterian Church or to his nephew, Frank Dimmock’s, African missionary work through The Outreach Foundation: theoutreachfoundation.org/dimmock-frank.

Condolences may be made to the family at Cavin-Cook Funeral Home & Crematory, Mooresville, NC (cavin-cook.com), which is serving the Dimmock family.

He was born June 20, 1928 in Djakarta, Indonesia. He was preceded in death by his wife, Dorijn Cornelia Purvis Steinlein; and son, Ralph Steinlein.

A Celebration of Life Service will be held Thursday, March 8, 2018, at 11 a.m. at St. Margaret Mary Catholic Church in Swannanoa with Father Matt Leonard officiating. In lieu of flowers, memorial contributions may be made to St. Margaret Mary Catholic Church, 102 Andrews Place, Swannanoa, NC 28778.  Arrangements by Harwood Home for Funerals, harwoodhomeforfunerals.com. 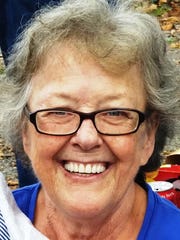 Shirley was born in the Upper Laurel community of Madison County, NC on September 23, 1948 to the late Junie and Maggie Gentry Shook. She was married to Forrest Foxx who preceded her in death in 2014. Shirley was deeply devoted to her family. She was a loving mother, grandmother, and great grandmother who will be greatly missed.

In addition to her husband and parents, she was preceded in death by thirteen brothers and sisters.

A memorial service was held at 5 p.m., Saturday, March 3, 2018 at Covenant Church of the Highlands, 540 Reems Creek Road, in Weaverville. Rev. Timmy Burnette officiated. The family received friends from 4 p.m. until 5 p.m., prior to the service, at the Church.

In lieu of flowers, memorial contributions may be made to Covenant Church of the Highlands for community outreach. Penland Family Funeral Home in Swannanoa is serving the family. Online condolences may be shared at penlandfamilyfuneralhome.com. 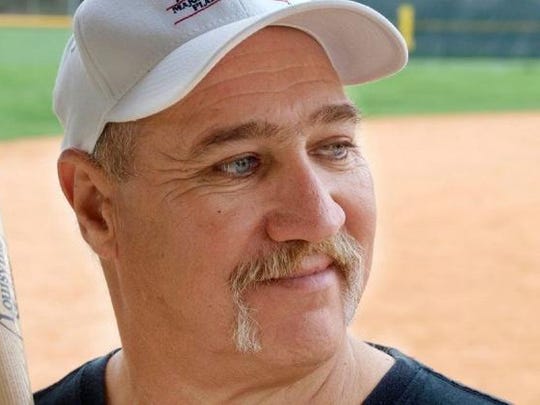 Sammy Stewart, 63, of Hendersonville, went home to be with the Lord and his two children, Colin and Alicia, on March 2, 2018.

Other loves of Sammy include hunting, fishing, cooking and music. It could be said of him that Sammy was always the life of the party.  Sammy was a member of Living Water Church in Hendersonville. He was a larger than life character who couldn’t go a day without a smile. He never met a stranger.

In addition to his parents, he is preceded in death by his children, Colin Stewart and Alicia Stewart Allen.

A Celebration of Sammy’s Life will be Friday, March 16, 2018 at 6 p.m. in the Chapel of Harwood Home for Funerals with Pastor Tony Birkhead officiating. In lieu of flowers, memorial contributions may be made to the Cystic Fibrosis Foundation, 4600 Park Road, Suite 100, Charlotte, NC 28209.

The family will receive friends immediately following the service at the funeral home.  Arrangements by Harwood Home for Funerals.