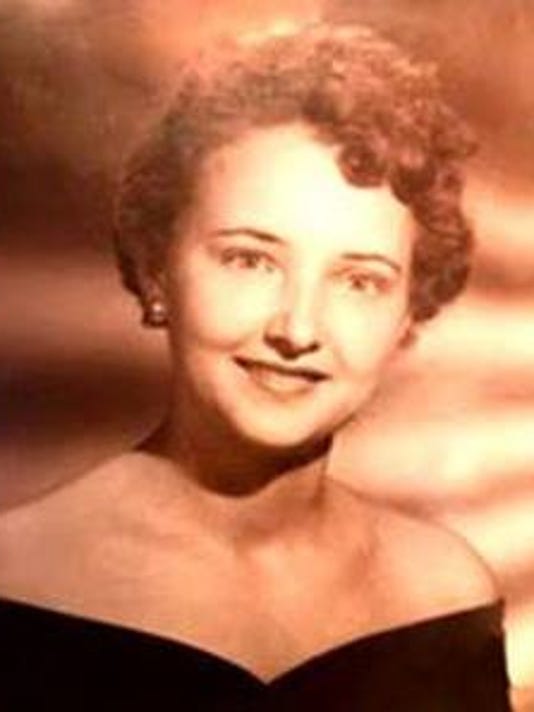 Mrs. Waycaster graduated from Owen High School Class of 1958.  She was formerly employed 25 years with Department of Defense. She was later self-employed as a real estate broker. Affectionately known as "Toad," Mrs. Waycaster will be remembered for her great sense of humor, warm heart and desire to always help another in need. Mrs. Waycaster loved the beach, bird watching, and Cedar Creek, but her greatest love was her family.

In lieu of flowers, memorials may be made to Cherry Springs Baptist Church, 6 Bull Walker Road, and Old Fort, North Carolina 28762, or online at www.cherryspringsbaptistchurch.com. Beam Funeral Service is assisted the Waycaster family. To sign the online guestbook, visit beamfuneralservice.com. 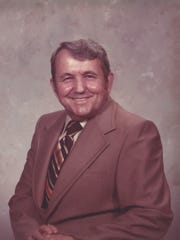 Mr. Bartlett was born November 13, 1930 in Buncombe County to the late Andy and Maude Bartlett.

Bud was a veteran of the US Army. He served as a Sergeant.  He was a member of Calvary Free Will Baptist Church.  He was a great husband, dad, granddad, and friend who will be greatly missed by all who knew him.  Bud never met a stranger.

In addition to his parents, he is preceded in death by his wife, Betty Hutchins Bartlett and eight brothers and sisters.

A Celebration of Life Service was held Wednesday, March 29, 2017 at 12:30 p.m. at Calvary Free Will Baptist Church with Rev. Larry Collins, Rev. Frank Cantrell, and Rev. Bobby Hill Jr.  officiating.  Burial was in the Western Carolina State Veterans Cemetery. The family received friends from 11:30 a.m. to 12:30 p.m. prior to the service at the church. Arrangements were by Harwood Home for Funerals, harwoodhomeforfunerals.com.

Lenora Watkins Reynolds Turner, 90, of Black Mountain died after a short illness on March 24, 2017 while hospitalized at Kate B. Reynolds Hospice Home in Winston-Salem.  She was born to Joseph Mansel and Pearl Trantham Watkins on May 4, 1926 in Haywood County.  She was raised in “The Old Village” and graduated from Swannanoa High School in 1943.  She reveled in the times that she spent as a young girl playing in the waters of the Swannanoa River, walking to school and enjoying family outings at the old air strip where part of the Ingles Warehouse stands today.

She retired from the State of North Carolina while working at the Black Mountain Center.  At 79, she started working in Spearman Dining Hall at Christmount until December of 2016 at the age of 90.  She enjoyed life and was never scared of hard work.

She loved Bluegrass music and attended festivals for a number of years. For hobbies, she loved to work crossword puzzles, read the Asheville-Citizen Times from cover to cover and give verbal editorials regarding the politics of the day, "Nevertheless, she persisted."

Mrs. Lewis was born on November 15, 1953 in Asheville and lived in Swannanoa where she was a lifelong resident. She is preceded in death by her late father, George E. Penland; her mother, Christine E. Dockery Judy; her grandson, Damien M. Lewis; and her nephew, George Edward Penland, III.

She attended A. C. Reynolds High School and was a caregiver for the last 10 years of her life, and also worked for Monte Vista and Ponchos.

She loved her family. She was a loving wife, mother, sister, and nanny.

A celebration of her life will be announced at a later date. In lieu of flowers, please send donations to CarePartners Hospice Homecare at PO Box 25338, Asheville, NC 28813. Condolences may be made online at PenlandFamilyFuneralHome.com.

Lettie was born July 17, 1932 in Buncombe County to the late Elijah and Annie Owenby Wright.

Lettie was a member of Chestnut Hill Baptist Church. She enjoyed working in her garden, spending time with church family, and most of all cooking big meals for family and friends.

In addition to her parents, she is preceded in death by her husband of 59 years, Rev. Paul Dotson; son, Leslie Dotson; grandson, Justin Wright; and 17 brothers and sisters.

A Celebration of Life Service was held Thursday, March 30, 2017 at 11:00 am at Chestnut Hill Baptist Church with Rev. Ronnie Harris officiating. Burial was in Chestnut Hill Baptist Church Cemetery. The family received friends on Wednesday, March 29, 2017 from 6-8 p.m. at Harwood Home for Funerals.  At other times, the family was at the home of Sharon and Keith, 401 Flat Creek Road, Fairview, NC 28730.

The family would like to extend a special thanks to the nurses and staff of Flesher’s Nursing Home for their outstanding care and affection given to Mom while in their care. Arrangements by Harwood Home for Funerals.