McLain band keeps it all in the family

Since 1968, the McLain Family Band has performed in all 50 states and 62 countries.

McLain band keeps it all in the family 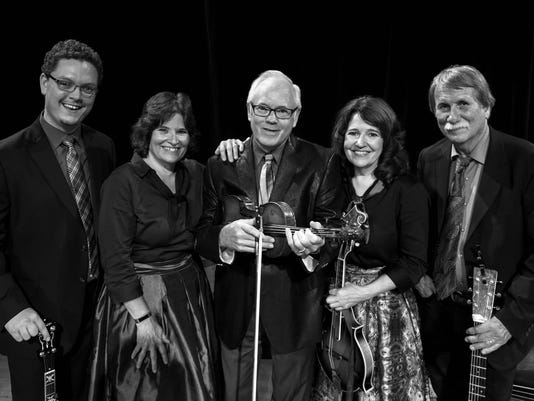 The McLain Family Band has performed in all 50 states and 62 countries as musical ambassadors for the U.S. Department of State.(Photo: SPECIAL TO BMN)

Bluegrass music boasts a proud tradition of family bands, all the way from the Monroe Brothers, featuring the Father of Bluegrass himself, through the Del McCoury clan. Perhaps none have featured so many different family members over the years as Kentucky’s McLain Family Band.

Since 1968 the band has performed in all 50 states and 62 countries as musical ambassadors for the U.S. Department of State. It will bring its special brand of contemporary bluegrass to White Horse Black Mountain on Friday, Jan. 5 at 8 p.m.

The McLain Family band has included many members of the extended McLain clan over the years, but the core of of the touring ensemble for 2017 consists of Raymond McLain, Ruth McLain, Alice White, Al White and Daxson Lewis. The current tour also features occasional guest appearances from Michael and Jennifer McLain and Nancy Ann Hartman. Most of the band members play multiple instruments in the classic bluegrass lineup and contribute the kind of tight vocals that flourish in family setting.

The McLains have played in venues that might be expected fro a first rate bluegrass group, like the Carter Fold and the Grand Ole Opry, but have also thrilled audiences at the Kennedy Center, Lincoln Center and Carnegie Hall. Along with appearances at thousands of festivals and concerts, members have also played more than 230 dates with orchestras.