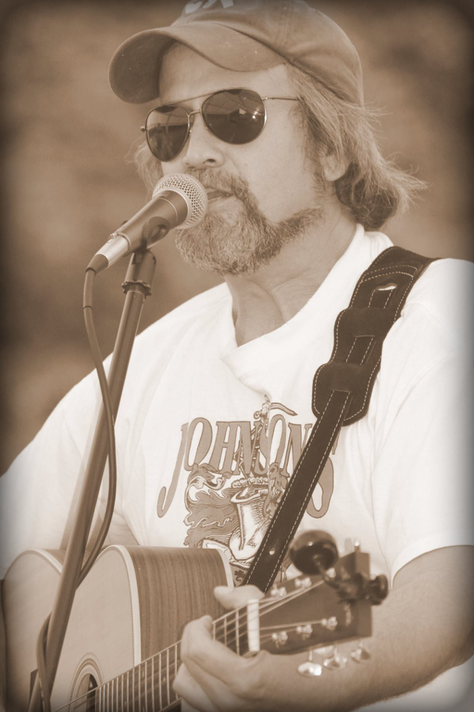 Chicago born and bred, singer and guitarist Frank Bang has had the blues in his blood as long as he can remember. His path eventually led to a dream gig in blues legend Buddy Guy’s band, but he’s now traded his sideman status for a solo career where he chooses the material.

That includes classic tunes and originals, like songs by Dan Johnston, a Black Mountain songwriter who shares a long musical friendship with Bang. Johnston will be a special guest when Frank Bang brings his blues to the White Horse Black Mountain at 8 p.m. on Friday, Nov. 16.

In true blues journeyman style, Frank Bang worked his way up through the ranks, always “the blues guy” in every band he played with.

He started hanging out at Buddy Guy’s Chicago club Legends in 1991, doing whatever jobs needed doing and soaking up the music of blues masters. He finally joined Guy’s band in 1999 for a life-changing five year run, and the veteran bluesman became a musical and personal mentor.

After parting ways with Guy, Frank fronted The Secret Stash, his own blues rock band. After a hiatus from the music business, he roared back with a no holds barred blues offering, The Blues Don’t Care.

Credited to Frank Bang and the Cook County Kings, the album was cut in one day, mostly in first takes, and it conveys the raw energy that only live-in-the-studio recording can truly capture. The musicians are a Who’s Who of Chicago blues sidemen who have backed the greats, a roster that Bang certainly belongs to.

Bang is also a songwriter, and is always on the lookout for inspiration for his own writing as well as inspired songs by others.

Dan Johnston is one artist whose songs Bang has covered on his own albums, and he always has his ears open for new Johnston compositions to incorporate into his repertoire. Their joint White Horse show gives them an opportunity to sing and play for an appreciative audience together.