Dangermuffin opens for Bruce Hornsby and The Noisemakers June 16 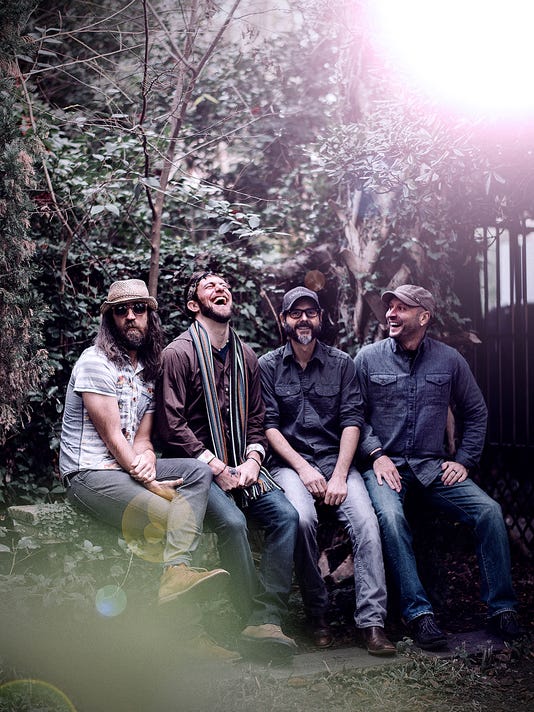 Water and the ocean serve as repeated metaphors for family and for the spirit and serve as a fitting analogy from a songwriter who moved to the mountains and then wrote an album inspired by the sea. Dan Lotti of Dangermuffin - the band opens for Bruce Hornsby and The Noisemakers at Pisgah Brewing Co. on June 16 - draws upon this universality, finding mutual symbols of religious traditions across the world—the sun, the sea, a rose—and drawing them as archetypes to serve as a storyline of healing through spiritual awareness.

In that pursuit, the band - Lotti (guitar, vocals), Mike Sivilli (guitar, vocals), Steven Sandifer (upright bass, percussion, vocals) and new member Markus Helander (drums) of Finland - offers its most cohesive collection yet. What began as an intent to record the acoustic album "Heritage" morphed into an opus with deep layers of melody. Vocals were recorded at the Unitarian Church in Charleston, a National Historic Landmark which congregations have attended since its founding in 1772.

Although the band still plants their flag nearby in Folly Beach, South Carolina, Lotti’s move to Western North Carolina brought peaceful solitude and time to explore the album's universal faiths and shamanic traditions. With the album, Dangermuffin looks to the wisdom of ancestors whose worldview was defined by the currents of the ocean and the seasons of the mountains.