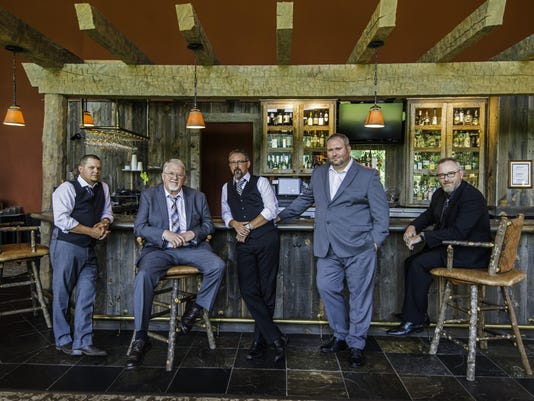 David Simchock’s photo of the band Balsam Range illustrates the personality he’s able to put into his work, even staged work.(Photo: Courtesy of David Simchock)

Simchock is the house photographer for the Pisgah Brewing Outdoor Stage Concert Series, and many of his works from the past two seasons at Pisgah Brewing will be featured in the exhibition.

Simchock will have about 25 prints on aluminum in the site’s taproom, most of which were captured at concerts and festivals local to Asheville. He will also have a few framed pieces hanging, and a selection of matted prints will be available during the reception.

The opening reception starts at 5:30 p.m., with live music kicking in about 6 p.m. This evening also coincides with the brewery’s release of its Big Slaty IPA.

On the evening of the reception, David will be offering 20% off all artwork in the show, including a handful of special Limited Edition metal prints.

The exhibition, free and open to the public, will hang until April 30.